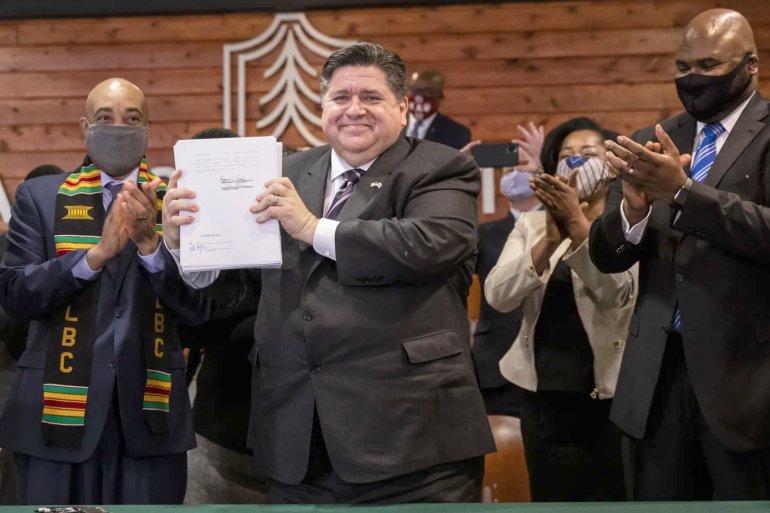 In the deep blue Land of Lincoln, a majority of legislators blindly support imposing more gun control on the little people. As if generations of gun control in Chicago had magically transformed it into it a tranquil utopia (with “only” 736 homicides in 2022). Now, the most radical advocates of victim disarmament have threatened to withhold their support from the latest gun control package that was supposed to have all the votes needed for passage.

Meanwhile, the current legislative session ends at noon on Wednesday. If one gun control measure or another hasn’t passed by then, the sponsors will have to start from scratch in the new session, which means passage will be delayed for months.

Popcorn sales have boomed as Illinois’ gun owners watch with great interest as the competing factions of the Democrat caucus bicker over the competing bills.

One bill, Senate Bill 2226, was amended in a “gut and replace” maneuver and became the vehicle for what was supposed to be an “acceptable” compromise bill. But those wanting to ban semi-automatic guns and magazines had a problem. They didn’t ask the original bill’s sponsor — a strongly pro-gun Democrat — if she would relinquish control of her bill. She declined to do so and she refused to call it for a vote. Unless Doris Turner relents, that bill is effectively stalled.

The original House Bill 5855 alienated many Senate Democrats. Leadership had concerns that some of the Illinois Black Caucus might balk at the onerous penalties of 3 to 7 years in prison for possession of two magazines that hold over ten rounds. The bill didn’t even have a grace period provision for existing owners. They’d all be felons the day it’s signed into law. That bill has gone nowhere.

But all of those changes don’t sit well with the Big Man, Gov. J.B. Pritzker, who has spent the last few days in Springfield lobbying for passage of the bill. In fact, Pritzker has spent almost as much time in Springfield in the past week than he spent there in all of 2022.

The Speaker of the House isn’t a fan of the changes either, suggesting he wouldn’t support the “watered down” gun and magazine bans.

Meanwhile the hoplophobic harpies at Brady, Everytown, and Giffords have — naturally — banded together to promote passage of the more radical version of the bill.

Nevermind that the bill they want passed, SB2226, is currently tied up by its pro-gun original sponsor who won’t allow it to be called for a vote.

So the fight over further limiting Second Amendment rights in Illinois is quite the sh!t show in the Land of Lincoln’s capital. Sunday night, after returning to Springfield, the Senate didn’t bother calling for a vote.

On Monday morning, Senate Democrats threw out yet another “gut and replace” amendment to House Bill 5471. At first blush, not only is a registry included in this one, but it requires the gun’s serial number (deemed a bridge too far by some of the Senate Democrats just a couple of days ago) along with the make and model for gun owners willing to register them with the state to keep them legal. At least until the same gun control contingent comes back next year with another bill to close the “existing owner loophole.”

Regardless of which bill finally passes — assuming one does — a coalition of pro-gun groups and organizations include Guns Save Life, FFL-IL, Aurora Sportsmen’s Club, the Illinois House Freedom Caucus, Chuck Michele’s Second Amendment Law Center and plenty of others will be ready to file suit in federal court to block its implementation. 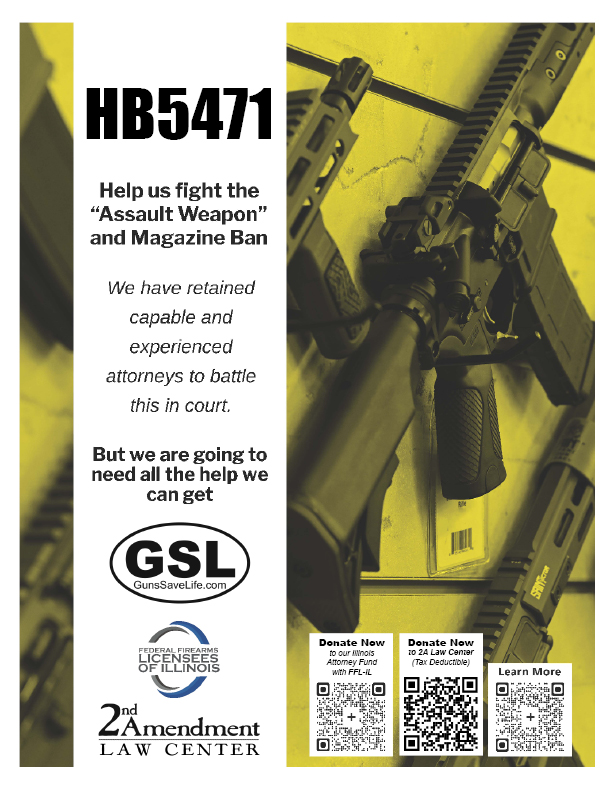 Those wishing to help our battle here in Illinois can contribute to our legal fund here at FFL-IL, or to the Second Amendment Law Center here (which is tax deductible and they will be backstopping our Illinois legal teams).