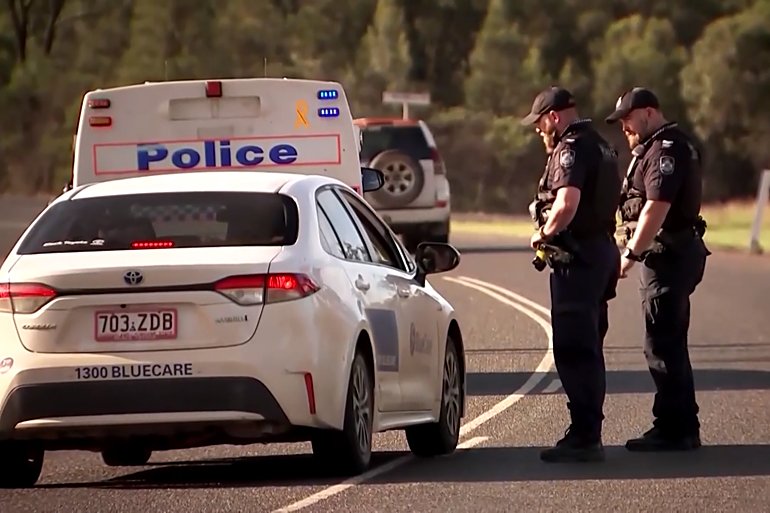 Australians suffered through a government-mandated gun confiscation in 1996 after the Port Arthur shooting. That nation’s leaders pounded their lecterns saying the forced confiscations were necessary to prevent gun homicides including mass murders.  In the years since, supporters of gun confiscation call it “incredibly successful in terms of lives saved.”

From the Pennsylvania Capital Star:

Let’s move to Australia, where they confiscate weapons of mass murder
The Australian reform law has been, in the words of a 2011 Harvard study, ‘incredibly successful in terms of lives saved’

Despite that massive gun confiscation of almost all firearms, not just “weapons of mass murder,” six people were shot to death, including two young police officers in a stand-off Monday evening.

One of the suspects was a former school principal named Nathaniel Train. Police ended up shooting and killing him, his brother and his sister-in-law. The police are tight-lipped about how the trio secured their weapons and ammunition, most long banned in Oz.

The incident began when police showed up at a remote property doing a welfare check on Mr. Train. Two were shot right away. Two more narrowly escape with their lives.

Six people, including two cops, were killed in an hourslong standoff in a remote area of Australia on Monday night.

Four officers from the Tara Police Station had arrived to a property in rural Wieambilla in Queensland around 4:45 p.m. to investigate a report of a missing person, Queensland Police confirmed early Tuesday.

Constables Matthew Arnold, 26, and Rachel McCrow, 29, were shot and killed as they approached the address, authorities said. A third officer was injured.

The shooting gave way to six-hour siege, during which the suspects killed neighbor Alan Sure, 58, who came over to investigate the commotion, officials said.

One thing’s for certain: expect the American media and gun control advocates to cover this story. With a pillow. It directly contradicts the narrative of the success of the kinds of “solutions” to “gun violence” the anti-gun left and the media (BIRM) push so hard.