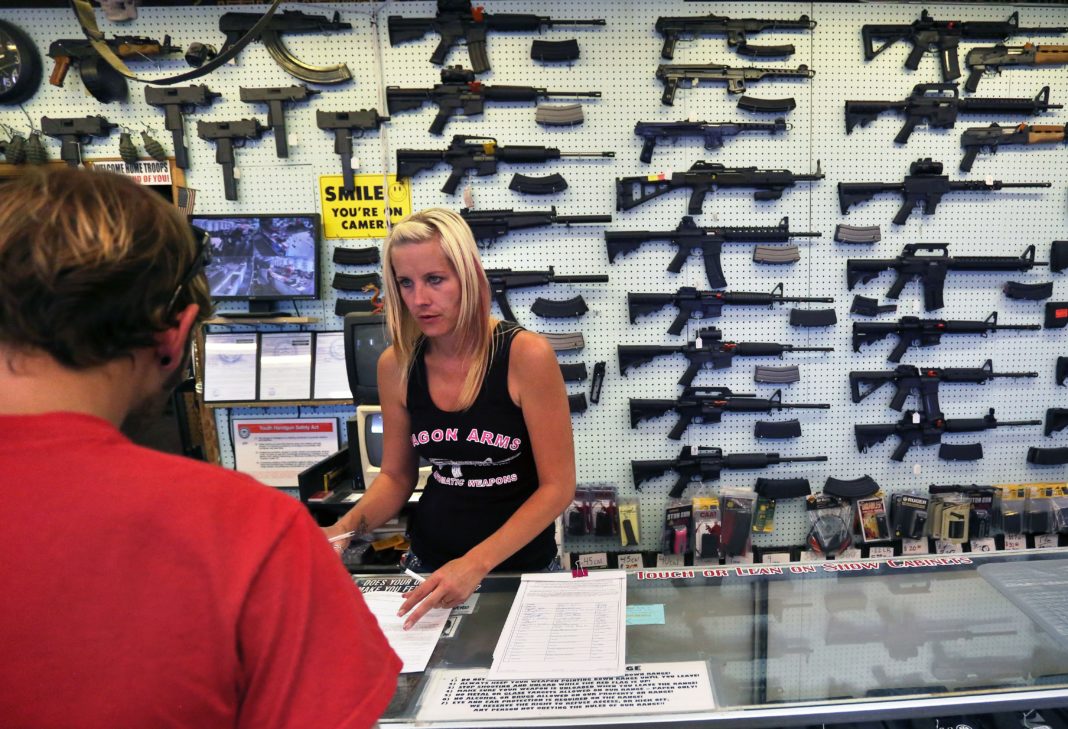 FILE--In this July 20, 2014, file photo, with guns displayed for sale behind her, a gun store employee helps a customer at Dragonman's, east of Colorado Springs, Colo. Recent mass shootings spurred Congress to try to improve the background check system used during gun purchases, but experts say the system is so fractured that federal legislation being considered in Washington D.C. will do little to help keep weapons out of the hands of dangerous people. (AP Photo/Brennan Linsley, file)

It is important, of course, to distinguish between the large majority of law-abiding gun owners and the small number of extremists. Only about 30 percent of gun owners have owned an AR-15 or similar rifle, a majority support common sense gun restrictions and a majority reject political violence. …

Democrats, while they may hope for stricter gun laws overall, should also recognize that they do share common ground with many gun owners — armed right-wing extremists and those who fetishize AR-15s do not represent typical American gun owners or their beliefs. That’s especially true given the changing nature of who owns guns in the United States: women and Black Americans are among the fastest-growing demographics.

This summer, for the first time in decades, Congress passed major bipartisan gun safety legislation — a major accomplishment and a sign that common ground is not terra incognita. It should have gone further — and can in the future: preventing anyone under 21 from buying a semiautomatic weapon, for instance, and erasing the 10-year sunset of the background-check provision. States should also be compelled to pass tougher red-flag laws to take guns out of the hands of suicidal or potentially violent people. Mandatory gun-liability insurance is also an idea with merit.

States and the federal government should also pass far tougher regulations on the gun industry, particularly through restrictions on the marketing of guns, which have helped supercharge the cult of the AR-15. New York’s law, which allows parties like victims of gun violence and the state government to sue gun sellers, manufacturers and distributors, is a good model for other states to follow.

Federal regulators should also do more to regulate the arms industry’s marketing practices, which are becoming more deadly and deranged by the year. They have the legal authority to do so but, thus far, not the will to act.

Americans are going to live with a lot of guns for a long time. There are already more than 415 million guns in circulation, including 25 million semiautomatic military-style rifles. Calls for confiscating them — or even calls for another assault weapons ban — are well intentioned and completely unrealistic. With proper care and maintenance, guns made today will still fire decades from now. Each month, Americans add nearly two million more to the national stockpile.

But even if common-sense regulation of guns is far from political reality, Americans do not have to accept the worst of gun culture becoming pervasive in our politics. The only hope the nation has for living in and around so many deadly weapons is a political system capable of resolving our many differences without the need to use them. 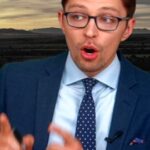 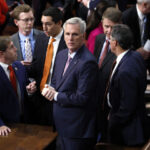 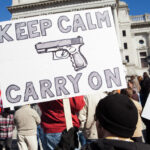