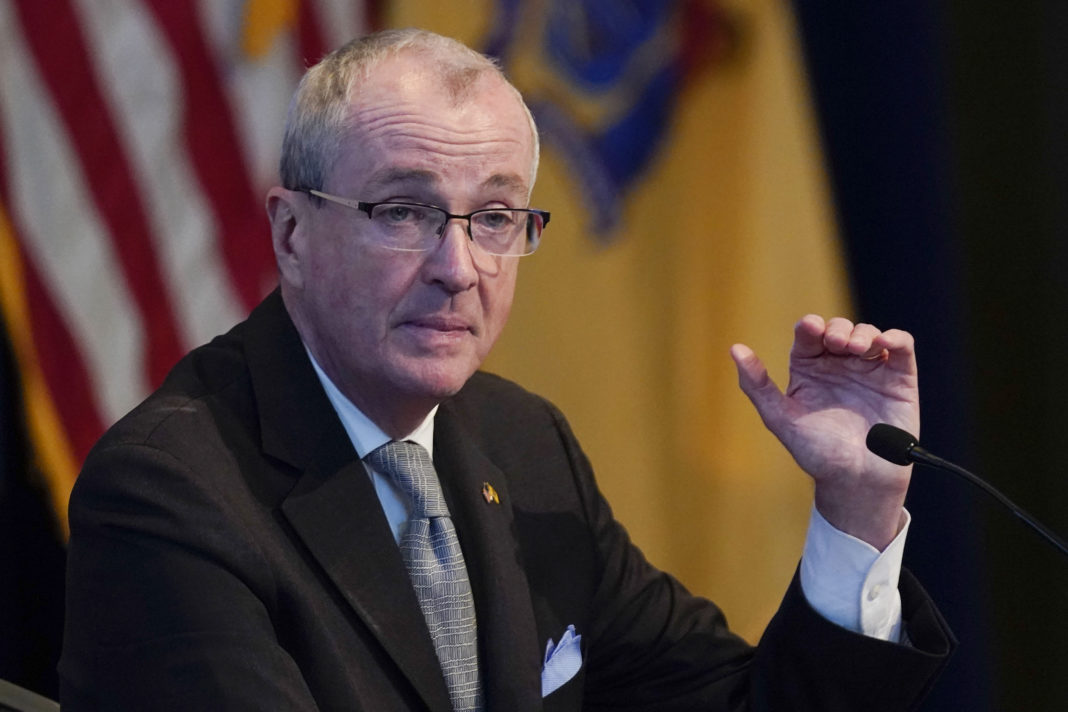 FILE - New Jersey Gov. Phil Murphy speaks to reporters during a briefing in Trenton, N.J., Feb. 7, 2022. Murphy said Monday, Nov. 28, that his administration had launched a promised review of his administration's handling of the COVID-19 pandemic. (AP Photo/Seth Wenig, File)

The latest gun control law passed in response to the Supreme Court’s Bruen decision was signed into law today by New Jersey’s proud gun-grabbing Governor Phil Murphy who is adamant that this is the gun control law that will finally keep Garden Staters safe.

The legislation will require gun owners in New Jersey seeking to get a carry permit to purchase liability insurance and take training courses, while increasing permit fees and prohibiting people from carrying firearms in a wide range of “sensitive places” in the state. That includes schools, courthouses, child care centers, polling places, hospitals, bars and restaurants where alcohol is served, movie theaters, and other entertainment centers.

The measure will also prohibit carrying guns on private property unless the property owner allows it. That includes homes, shopping centers, supermarkets, and churches.

A coalition of gun rights organizations had a lawsuit already written and ready to file the moment the governor’s pen left the bill after signing it into law. The Second Amendment Foundation announced the filing with this press release . . .

The Second Amendment Foundation today filed a federal lawsuit against the State of New Jersey, challenging the state’s new gun control law prohibiting licensed concealed carry in an expanded list of so-called “sensitive places,” and further criminalizes carrying an operable handgun “while in a vehicle.”

The lawsuit was filed in U.S. District Court for the District of New Jersey. The case is known as Koons et al v. Reynolds et al.

“We are asking for a declaratory judgment against certain tenets of the new legislation,” explained SAF founder and Executive Vice President Alan M. Gottlieb. “We are also seeking a preliminary and/or permanent injunction restraining the defendants and their officers, agents and other employees from enforcing the challenged segments of the law.

“New Jersey’s Legislature and Governor have shown that they do not wish to heed the Supreme Court’s guidance as to the bounds of the right to bear arms in Bruen,” said SAF’s Executive Director Adam Kraut. “Despite clear directives as to a citizens’ right to bear arms, New Jersey continues to thumb its nose at the constitutional rights of its citizens in the name of ‘safety’. Such disregard for the rights of New Jerseyans will not be tolerated. As such, we are seeking to vindicate the rights of our members and the public in an expeditious manner. It is a shame the elected officials of New Jersey have no respect for the enumerated rights of the People and continue to needlessly waste their state’s tax dollars passing unconstitutional laws which render the common person defenseless.”