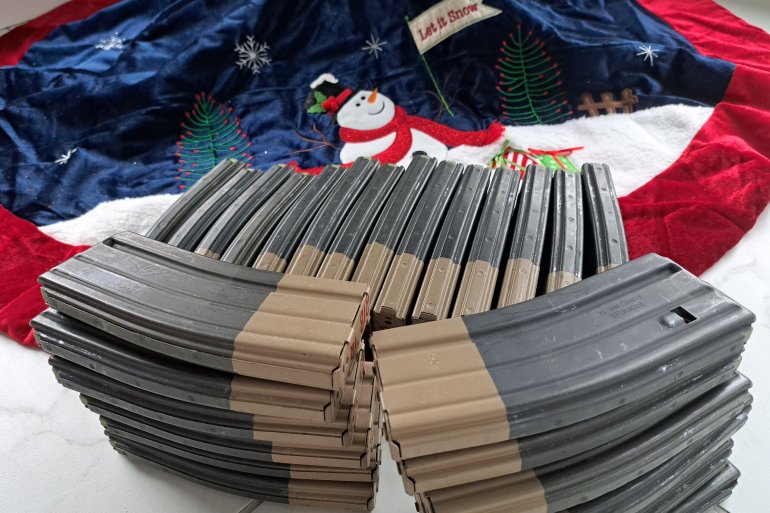 Here in the Land of Lincoln, the political leadership has a ravenous, insatiable appetite for gun control while simultaneously coddling violent criminals (see the cash bill abolition law that will take effect January 1).

The legislature is bound and determined to test the limits of the Supreme Court’s Bruen ruling and has introduced House Bill 5855 which would not only ban Americans’ favorite rifle and millions more like it, it would also effectively ban the best-selling self defense handguns and limit magazine capacity.

The sponsors of the bill graciously allow for existing owners of he banned firearms to register their guns within 300 days…but not magazines. If passed, the bill has an immediate effective date for the magazine capacity limit and would instantly make anyone possessing a magazine holding over ten rounds of ammunition a criminal.

Speaking of minors, the bill would effectively ban anyone under age 21 from touching a firearm unless they’re hunting under the supervision of a FOID holder or in the military. All Firearms Owner ID cards held by citizens under the age the age of 21 would be revoked.

The bill also bans .50 caliber centerfire rifles and .50 caliber ammunition. Some smart alecs are already asking if that includes their .50 caliber muzzle loaders. No, those aren’t covered by the ban. At least not yet.  Maybe in the next bill.

Land o’ Lincoln Democrats have made it clear they want the bill passed and on the governor’s desk right away.  And with avowed anti-gun politicians holding roughly 60% of the House and Senate seats in Springfield, getting the simple majorities needed for passage in both houses will be easy.

Obviously this isn’t sitting well with the state’s gun owners who have heard of the proposal. A number of groups, organizations, political figures and ranges have formed an informal coalition to fight back against HB-5855. This includes Guns Save Life, for which I serve as executive director. We have identified potential individual plaintiffs for legal challenges, lined up local counsel and we’re working with the Second Amendment Law Center to help as well.

Earlier this week, the Iroquois County Board voted unanimously to adopt a resolution that says “NO” to enforcement of HB-5855’s unconstitutional provisions. Theirs is likely the first of many similar resolutions.

In the face of HB5855, billed by Democrats as Protect Illinois Communities Act, Iroquois County has rededicated itself to constitutional gun rights.

If passed, HB5855 would be the most restrictive gun control law in the nation, according to proponents and critics alike…

Todd Vandermyde has been reporting on HB5855 from his Freedom’s Steel YouTube channel. He (discussed) Iroquois County’s resolution.

“So what does that mean?” Vandermyde said. “Well, the sheriff’s department is not going to be going out there and aiding the state police or any other agency in enforcement measures against this or any similar type legislation. The way this resolution reads it doesn’t look like the State’s Attorney’s office is going to be able to expend any funds in the prosecution of anybody under House Bill 5855 should it become law.” 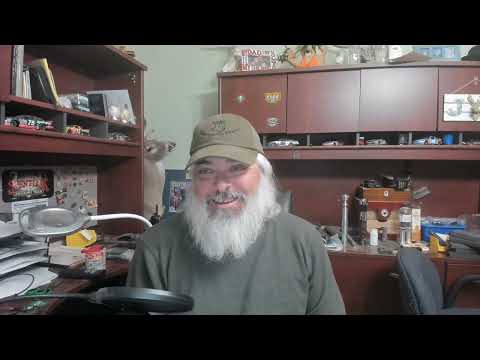 Vandermyde was a lobbyist for the National Rifle Association in Illinois for several years.

Here’s the money quote from the resolution:

BE IT FURTHER RESOLVED, that the Iroquois County Board hereby orders that Iroquois County shall not support the enforcement HB-5855 Protect Illinois Communities Act through the use of county funds, appropriations, personnel or property. The use of these limited resources is hereby banned from enforcing H85855.

Downstate local and county authorities might look the other way at gun owners who are suddenly deemed criminals by the new law. The problem lies with dealers who will have a whole truckloads of contraband inventory. One dealer at a Guns Save Life meeting told me he had $100,000 in inventory that would be impacted.

The stae’s gun dealers have a seat at the table of our new coalition. Federal Firearms Licensees of Illinois, which represents many of the Land of Lincoln’s gun sellers, released an open letter sent to legislative leaders . . .

After the tragedy in Highland Park, members of the General Assembly have renewed discussions about banning large groups of firearms under the moniker of so called “assault weapons,” a term that was coined in the late ‘80s by gun control advocates, to deceptively depict semi-automatic firearms as machine guns.

The current proposals are no different. They seek to prohibit some of the most popular firearms used for competition, hunting, target shooting and yes, self-defense. The broad definitions of current proposals effect rifles, shotgun and handguns, making it one of the broadest gun bans we have ever seen. By reasonable estimates some 40 million firearms across the country would be affected by these proposals. Add in the magazine ban and that number doubles.

Federal Firearms Licensees of Illinois (FFL-IL), as a leading proponent of the US Constitutional guarantees that the right of the people to keep and bear arms shall not be infringed opposes all these measures. We are not asking for a seat at the table, as there is nothing to talk about. The legislature has made it clear no amount of red tape, regulation, obstruction, or infringement will abate the appetite to gut the right to keep and bear arms in Illinois.

To be clear, we are not here to negotiate. We will not be a party to any sacrifice, compromise or watered-down proposal offering to hold off the draconian proposals for another day for a pound of flesh today.

The final paragraph cuts to the chase.

As stated above, we are not interested in negotiations. We are prepared with our legal team to vigorously challenge any of these gun control schemes in federal court in defense of our rights.

Watch for more as gun owners in Illinois fight back to keep the majority of us from becoming criminals the moment the governor’s pen signs HB-5855 into law. Look for other deep blue states like California and Connecticut to do the same with new gun control measures, if they haven’t already.