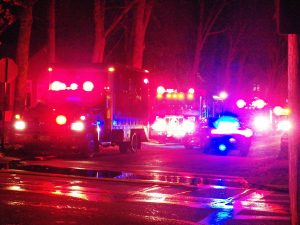 An “A” grade.  What everyone wants, right?

How can anyone (that’s you, Governor Newsom), in the bloody aftermath of 3 recent shootings, stand surrounded by 20 armed guards, proclaiming that California is leading the way in reducing gun deaths?

That A grade awarded to California from Giffords Law Center for our “common sense” gun laws seems to have lost it’s progressive glow.  In fact, it proves the point that gun laws focused on lawful, responsible human beings are worth less than the paper they are printed on, and the Left is doing some fancy footwork to get us to look away.  Rather, we need to stare straight into th

e face of these senseless and heartbreaking tragedies and take a hard break from the Band-Aid approach folks like Newsom want. We have an “assault weapons” ban, a magazine ban, ammo registration, roster of approved guns that limit the number and type of guns that can be owned, red flag laws, microstamping, extended waiting periods, one gun a month, etc and still…an extraordinary destruction of human life.

The Second Amendment community is just as outraged as Governor Newsom.  The big difference is that we aren’t misdirecting and having a hissy fit, stomping our feet spouting statistical half truths about gun deaths in the Golden State.

Case in point:  it is utterly useless to mention deaths by firearms without acknowledging the skyrocketing crime rate in much of the state.  It is also useless to focus on why we must further restrict gun ownership while blowing off what has happened in the aftermath of felony early releases, subsequent recidivism (43% are reconvicted within 3 years of release), not to mention the overwhelming repercussions of COVID lockdowns. These are all factors that must be considered in the whole – each of which has happened under Newsom’s watch.

In fact, according to the Public Policy Institute of California, “compared to 2019 pre-pandemic levels, homicides jumped by 41.2% and aggravated assaults by 18.0%. Gun-related homicides and aggravated assaults surged by 52% and 64%.”  This does not happen in a vacuum, and yet, the push for more restrictions on the private ownership of firearms continues to grow.  Again and again, we hear the drivel about “weapons of war” and “high-capacity magazines” from Leftist politicians and a lazy media that has no interest in fact-checking their own content.  It would do a lot for their credibility for both to acknowledge the facts about what kinds of guns are most commonly used in crimes, as well as the proven ineffectiveness of bans on so-called “assault weapons” and limitations on magazine sizes.  Magazines with a capacity of more than ten rounds are standard (not in California) with most semiautomatic rifles and pistols sold. Millions of these magazines are safely and responsibly owned and used by law-abiding Americans. And all the while, Governor Newsom is wringing his hands at Congress and those of us on the other side for “not giving a damn.”

Oh, we give a damn.  That’s why GOC is working so hard to oppose ineffective policy – we just know what works and what doesn’t – and targeting good guys rather than bad guys will never have the intended effect.  And when it comes to his comment about the Second Amendment being a “suicide pact” – well, that’s just plain nuts.

We do, however, agree with the Governor on one thing:  none of this is surprising.