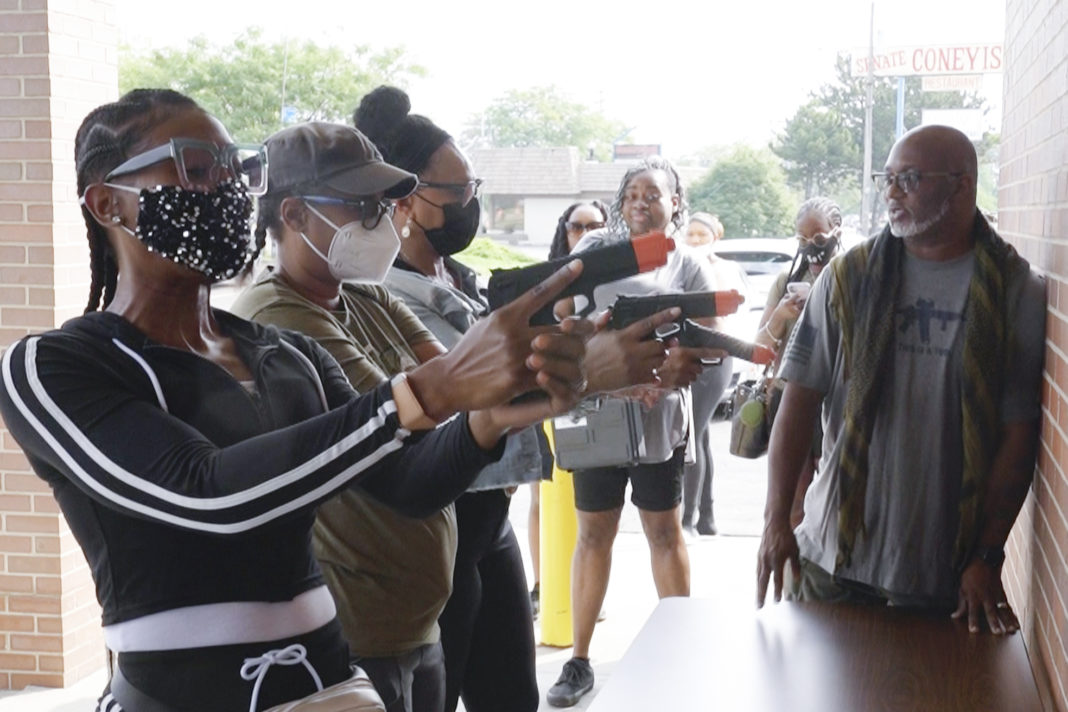 Gun control debates conjure images of white, conservative men who collect arms for sport. Today, a new population makes up a disproportionate percentage of first-time gun owners: people of color, especially women. Like Hudson, they don’t use their guns for recreation. They own them for protection.

In a study conducted between January 2019 and May 2021, researchers found that 22% of Black gun owners and 16% of Hispanic buyers had purchased arms for the first time in the 28 months prior to the survey. The same was true for just 8% of whites surveyed. Additionally, nearly half of first-time gun owners in 2020 and 2019 were women.

During the same period, 7.5 million Americans bought guns for the first time. More recently, mass shootings in Raleigh, the University of Virginia, Colorado Springs, and Chesapeake, VA., have drawn more attention to the issue of gun ownership.

Some expected the Biden administration to impose stricter gun control measures, which accounts for a portion of the surge in gun ownership, said Becky Ceartas, Executive Director of North Carolinians Against Gun Violence. However, that is only part of the story. …

MarSean Hall, 30, of Durham, grew up in Chicago. Based on what he has seen, he believes that criminals will purchase illegal guns or resort to other modes of violence.

“A lot of people that are advocating for fewer guns or no guns are the people that have been more so sheltered their whole lives,” said Hall, who is Black.

Both of Hall’s parents were in the military, owned guns, and taught him about firearm safety. Most of his friends’ parents had guns, he said, and he knew others who obtained them illegally.

Hall owns a security firm called Category 5 Protection and bought his first gun when he was 21. He has three children and owns several guns that he keeps locked in a safe.

“I teach [my children] it’s a tool that can give you an upper hand in situations but not to play with them,” Hall said.

In Hall’s eyes, anyone who can legally own a gun should take advantage of that right, because not every instance of potential violence can be “de-escalated.” Still, gun owners must be responsible, Hall believes. He suspects that people who conduct background checks are not as thorough as they should be.

— Charlotte Kramon in Up in arms: Fear of violence reshapes the face of gun ownership