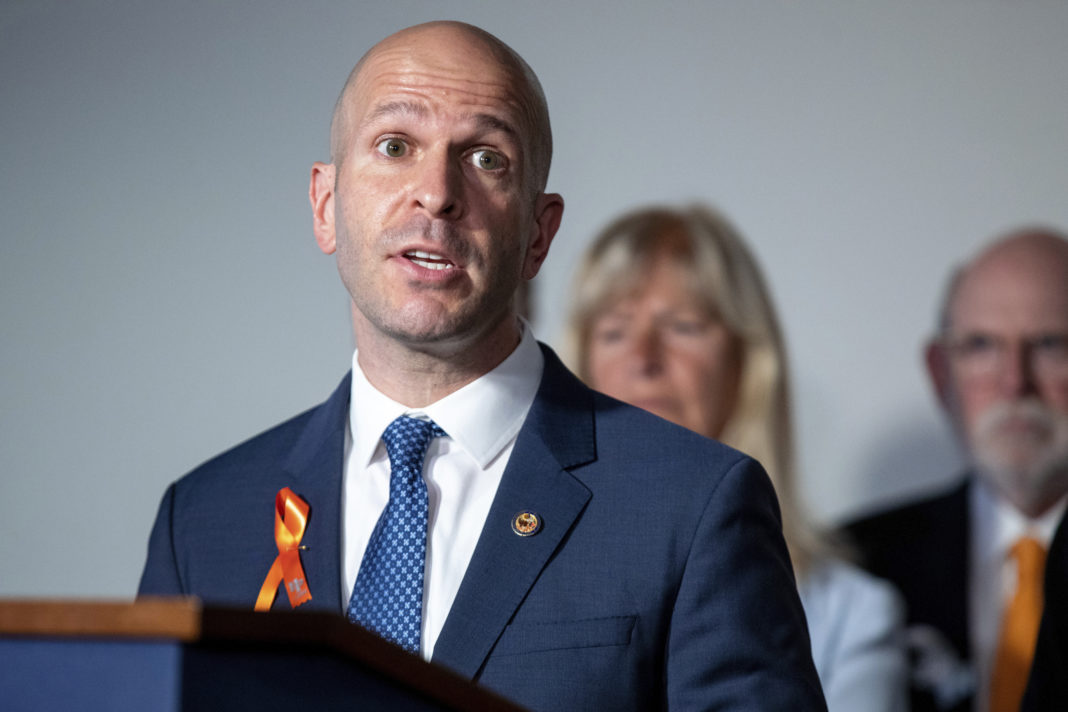 FILE - Illinois state Rep. Bob Morgan, D-Deerfield, speaks during a press conference surrounded by anti-gun violence advocates, many of whom have a connection to the recent Highland Park shooting, at the Capitol in Washington on July 20, 2022. Researchers and community activists told lawmakers Thursday, Dec. 15, that removing guns from the streets of cities in the state will help curb gun violence like the mass shooting at a July 4th parade in Highland Park, Ill., but that it must be followed up with programs to change attitudes and give people alternatives and hope. (AP Photo/Amanda Andrade-Rhoades, File)

Getting high-capacity magazines out of the hands of criminals will not only reduce the number of mass shootings in which many people are killed or injured, but it would also reduce the number of victims in smaller-scale shootings. Because powerful firearms can be hard to control, shooters often don’t hit anyone with their first bullets. It’s only because they can fire off a stream of bullets, even with a 9 mm pistol equipped with a high-capacity magazine, that victims are hit. Even in cases with just a few victims, police often find numerous spent casings on the scene.

There are other approaches. Delaware combined a ban on the manufacture, sale, purchase, receipt, transfer or possession of large-capacity magazines with a buy-back program. Rhode Island allowed owners 180 days to get rid of high-capacity magazines or adjust them so their maximum capacity is 10 rounds. Voters in Oregon passed a referendum on Nov. 8 that banned the future sale of high-capacity magazines, but allowed people who already own them to keep them on their property or at areas where they are specifically allowed, such as a rifle range.

Lawmakers must be careful how they define assault weapons. It’s a complicated process, full of technical details. And once new rules are in place, gun manufacturers will start working on designing weapons that still act like assault weapons while staying just inside the law.

For years, people unfortunately felt the only answer to the widespread possession of powerful guns by criminals was to keep an eye out for escape exits when they were in public places. Now, the pendulum is swinging the other way, and people are coming to realize the right reforms can make everyone safer.

— CST Editorial Board in Lawmakers Have a Chance to Reduce Gun Violence. Get the Bill Right.