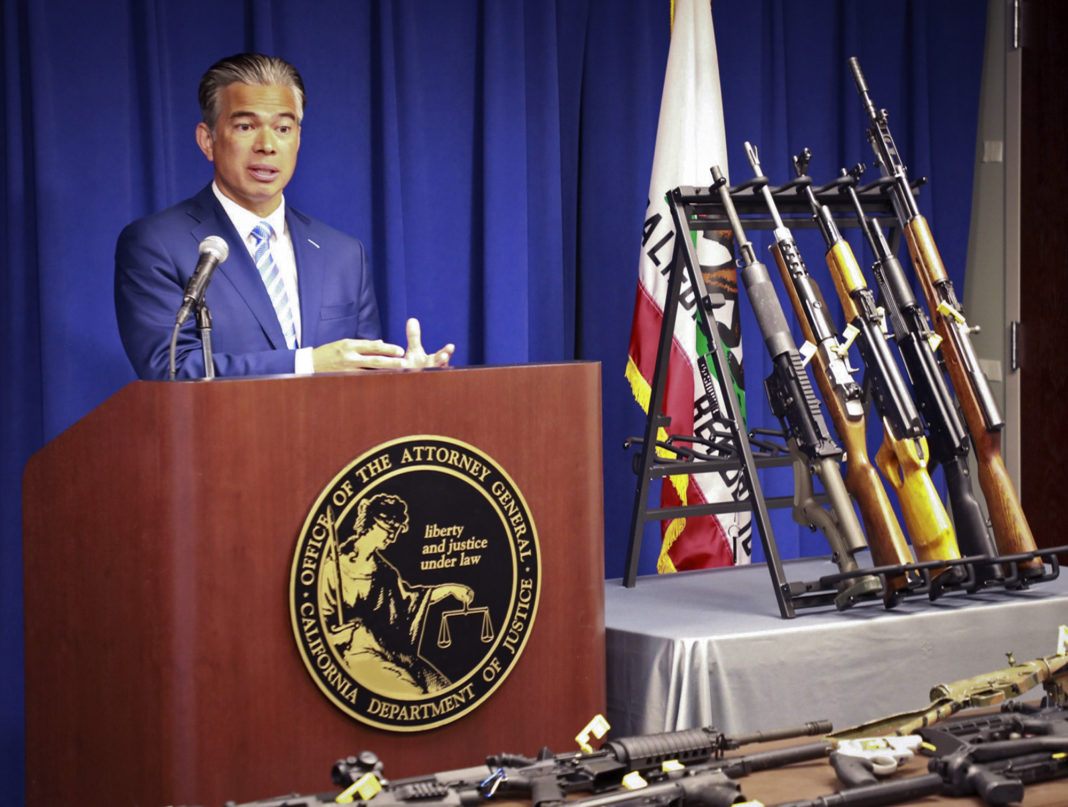 In this photo released by the California Department of Justice, state Attorney General Rob Bonta talks about the Armed and Prohibited Persons System, known as APPS, during a news conference in Sacramento, Calif., Wednesday, March 30, 2022. A surge in gun purchases during the COVID-19 pandemic, including those bought by people who are prohibited from having firearms, prompted state law enforcement last year to mount an aggressive push through a unique California program to seize nearly 1,500 weapons, authorities said Wednesday. (California Department of Justice via AP)

The California Attorney General’s office has stepped away from defending the constitutionality of the state’s new “fee shifting” law related to legal challenges of gun laws, and as a result, Gov. Gavin Newsom has hired a private law firm to intervene in two legal actions, Miller v. Bonta and South Bay Rod & Gun Club, Inc., v. Bonta. The defendants’ supplemental brief may be read here.

Attorneys for both legal actions received word from Newsom’s attorney the Attorney General’s office had advised the governor “that it did not intend to defend the validity” of the contested section of the law. SAF founder and Executive Vice President Alan Gottlieb said this unusual development suggests the state’s position is in trouble.

“As noted in the defendant’s supplemental brief to the federal court,” Gottlieb said, “the Attorney General ‘is not in a position to defend the merits of a provision that is indistinguishable in relevant part from a provision that he has opined is unconstitutional.’ Bonta is in something of an embarrassing bind. He can’t defend a law that is nearly a mirror image of a Texas statute he has already declared is unconstitutional.

“It’s going to be interesting to see how the governor’s attorney will defend a law California’s attorney general has essentially declared bogus by its similarity to another state’s law he stated is unconstitutional,” Gottlieb said.

The Attorney General’s supplemental brief informing the court that they will not defend the statute clearly acknowledges California’s statute was “a reaction to” the Texas law, which deals with abortion. In an attempt to retaliate, Newsom has tried to penalize gun rights groups, plaintiffs and their attorneys.

“This is what happens when you try to be too clever by half by using low-caliber legal arguments.” Gottlieb said.