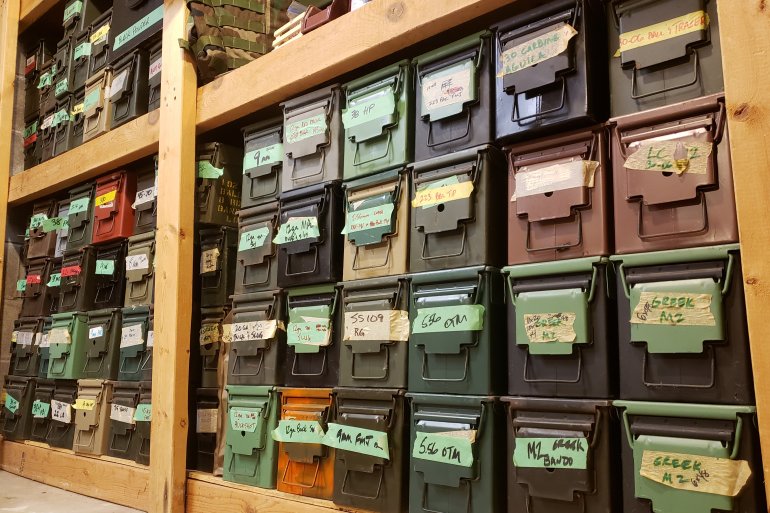 There’s nothing like strict firearms regulation and discretionary may-issue permitting to breed corruption in public officials. Wherever police and bureaucrats are given the authority to dictate who is allowed to exercise their rights, grasping grifters will find a way to profit. If you have doubts about that principle, ask now-former Santa Clara County Sheriff Laurie Smith.

That, of course, isn’t just a feature of American government and law-making. Travel about 7800 miles to the southwest of Laurie Smith’s former office and you reach the beautiful shores of Australia where the Victoria Police have recently managed to “lose” about 60,000 rounds of confiscated ammunition.

It seems that a collector — you can apparently still collect firearms and ammunition in the land down under — who only wants to be identified as “Sam” lost his right to own guns and ammo when a dispute with a former business partner devolved into blackmail and “vexatious claims.”

When the matter was finally resolved and Sam’s rights were restored, his guns and ammunition were returned by the Victoria Police, about 60,000 rounds short of what had been confiscated.

From the Sydney Morning Herald . . .

Sam, whose surname has been withheld to protect his safety, says police failed to properly record the exact number of bullets seized from his home and when they were returned weeks later a huge portion of the arsenal was missing.

A keen clay target shooter and gun club member, Sam said two commercial safes filled with handgun and shotgun rounds were never returned, items he had photographed as police carried the boxes away.

That amount of boxed, high-powered factory ammunition could fetch about $250,000 on the black market, Sam said, and he fears it could now end up in the wrong hands.

Yeah, it’s a real mystery where two safe-fuls of ammo could have gotten to while in police hands.

Sadly, Sam didn’t get a detailed receipt when the Victoria cops grabbed his property. Rather than a detailed inventory . . .

The police officer involved instead issued Sam a receipt that simply stated “various ammunition”, in a breach of proper procedure.

You’ll be glad to know that the lazy cop has “been given workplace counselling to prevent a similar situation from occurring” due to that procedural breach.

In the mean time, the VPD said they’ve looked into Sam’s claim and they deny that any of the ammo is unaccounted for.

The [Victoria Police] spokesman said the organisation maintained all items seized were returned and deny any items were lost or misplaced.

“The investigation concluded there was no evidence to support any assertion that all ammunition seized was not returned to the complainant. However, during the course of this investigation, opportunities for improvement in record taking were identified and workplace guidance has been provided,” they said.

OK then. Note to self: If any of property is ever being confiscated by men with badges and guns, get a full and detailed accounting of it all before it walks out the door.

This, by the way, isn’t the first time confiscated range-appropriate gear has gone walkies after being taken by the Victoria Police.

Earlier, in June 2018, doubts were also cast over the firearms registry after firearms dealer Ross Barlow lodged a complaint with police alleging dozens of his guns vanished after being seized when his licence was revoked in 2014.

“Sam” might want to ask around and see if he can find out where the boys in the VPD go shooting on weekends.