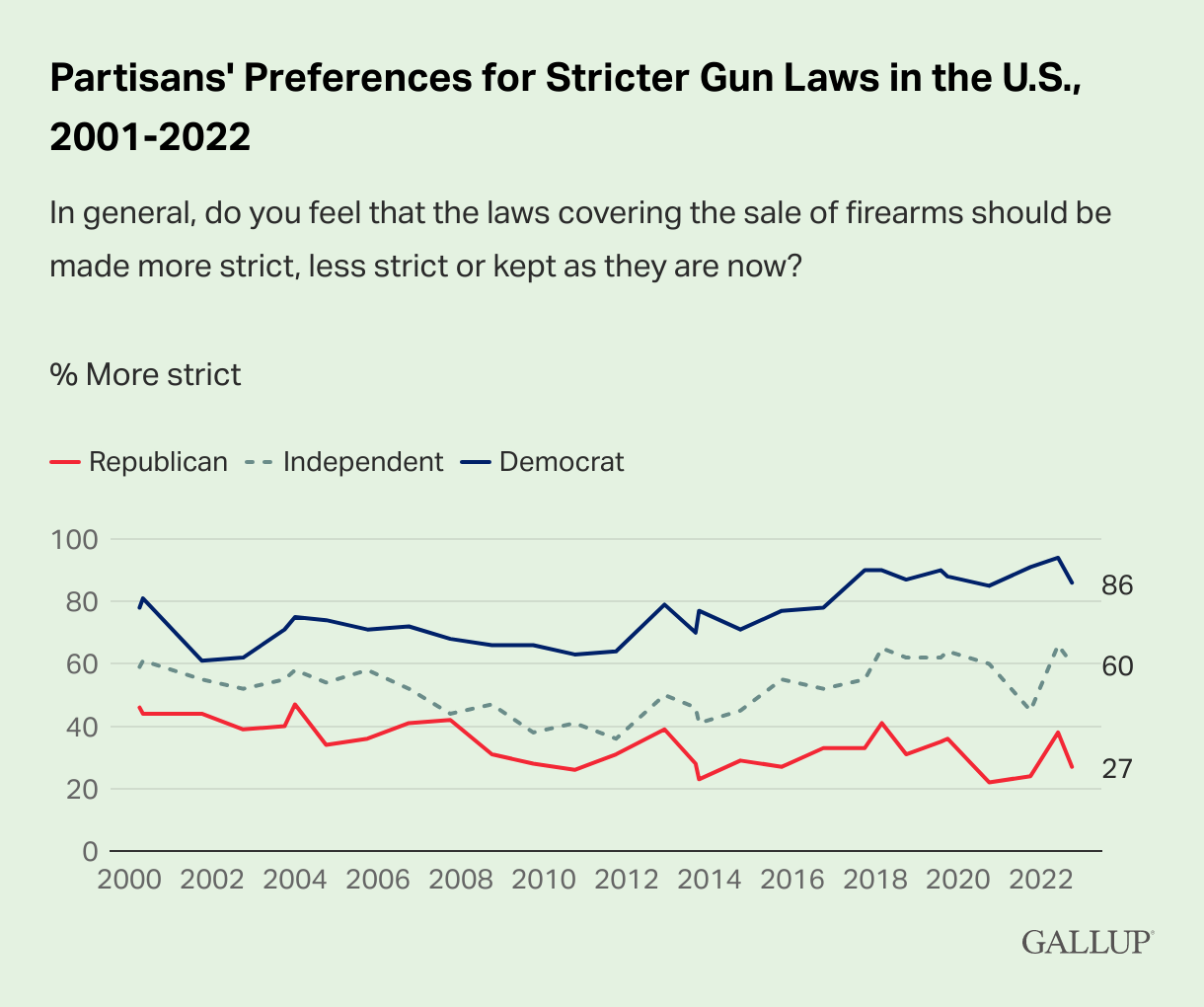 Americans’ support for stricter U.S. gun laws has receded after sharply increasing in the wake of two mass shootings in Uvalde, Texas, and Buffalo, New York, in the spring. Specifically, 57% of U.S. adults now think laws covering the sale of firearms should be made more strict, down from 66% in June. Still, current support is above the 52% measured in October 2021 and matches the 2020 reading.

The Oct. 3-20 Gallup poll finds another 32% of Americans saying gun laws should be kept as they are now, and 10% would like to see them made less strict.

Gallup has tracked Americans’ preferences for gun laws using this measure since 1990, when crime rates were approaching their peak in the U.S. and a record-high 78% of Americans supported stricter laws for gun sales. The record low is 43%, measured in October 2011. The latest poll was completed before the highly publicized shooting of three college students at the University of Virginia. …

Although there have been other high-profile mass shootings since the June poll — including one at the Highland Park, Illinois, July 4 parade — demand for stricter gun laws has declined, much like it did after previous highly publicized mass shootings. However, the current instance may also reflect public recognition of the federal gun law that was passed in June with bipartisan support in direct response to the Uvalde shooting. …

Preferences for gun laws in the U.S. continue to differ sharply by party. Currently, 86% of Democrats, 60% of independents and 27% of Republicans say the laws covering gun sales should be made more strict. Readings among all three partisan groups have fallen since June. The latest decreases are 11 points among Republicans, eight points among Democrats, and six points among independents.

Americans’ calls for stricter gun laws have fallen since June, when back-to-back massacres in a grocery store and a school resulted in an increased appetite for gun control. This pattern, whereby public support for tougher gun control spikes after prominent mass shootings and falls back as the memory of them fades, has been evident historically in Gallup polling.

It is unclear how much the recent gun legislation has affected Americans’ views.